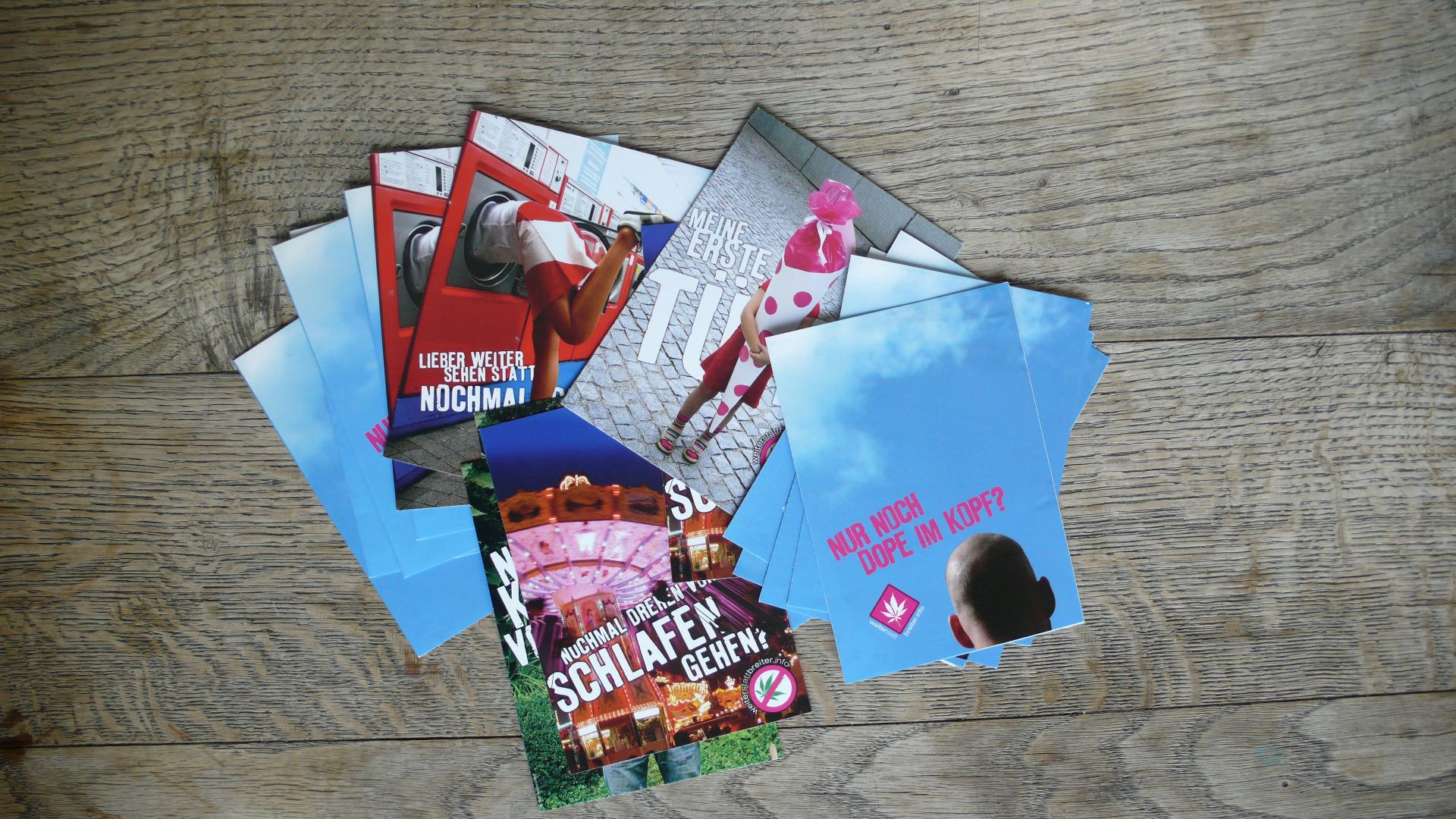 Beside that artwork, we produced a website, stickers, poster and a lot of merchandising.
After i failed because my campaign was a bit „too far“ somehow, my new trainee and student – fresh arrived from austria – Nadja Pfeiffer had to develop an alternative campaign. Warm welcome! ;) At the end, everybody was happy.

Except that fact, i really love that ad version saying „pisst du dicht„.. (there’s no real translation, so let me explain: literarily means „pee you stoned“. The german word for pee (pisse, piss‘) sounds like „are“ (bist). Plus germans police is getting crazy for drug testing of car drivers. So, if you drive your car stoned and get caugted by police, you have to pee – that’s why we wanted to ask if you „pee stoned“..

A documentation about cannabis and the effect of drugs to the brain by arte, a public owned german/french culture tv station in german language: