We are proud to present

The new Bavarian campaign against HIV and other sexually transmitted infections (STI):

was presented to the public by Health Minister Melanie Huml and Martin Heyn at a press conference on 26 November:

“Authentic images that are close to real life and open, detailed information are intended to draw more and new attention to HIV & AIDS and also to other sexually transmitted infections (STI). The Bavarian Center for Prevention and Health Promotion accompanies the development of the campaign and coordinates its nationwide use.” …

“Every year, it is estimated that around 400 people in Bavaria are newly infected with the HI virus. With our Bavarian prevention campaign, we want to draw more attention to this topic again. The danger of infection is obviously perceived less and less as a threat by the population – although the disease AIDS is still not curable. With an authentic visual language we want to reach the target groups better than before. It’s not just adults, it’s teenagers who are just discovering their sexuality.”

Minister of Health Melanie Huml, excerpts from the press release of 26.11.2014)

In addition to the new visual language – which deliberately relies exclusively on “real” photos licensed under Creative Commons – the campaign focuses on the website, which is intensively networked with numerous social channels. 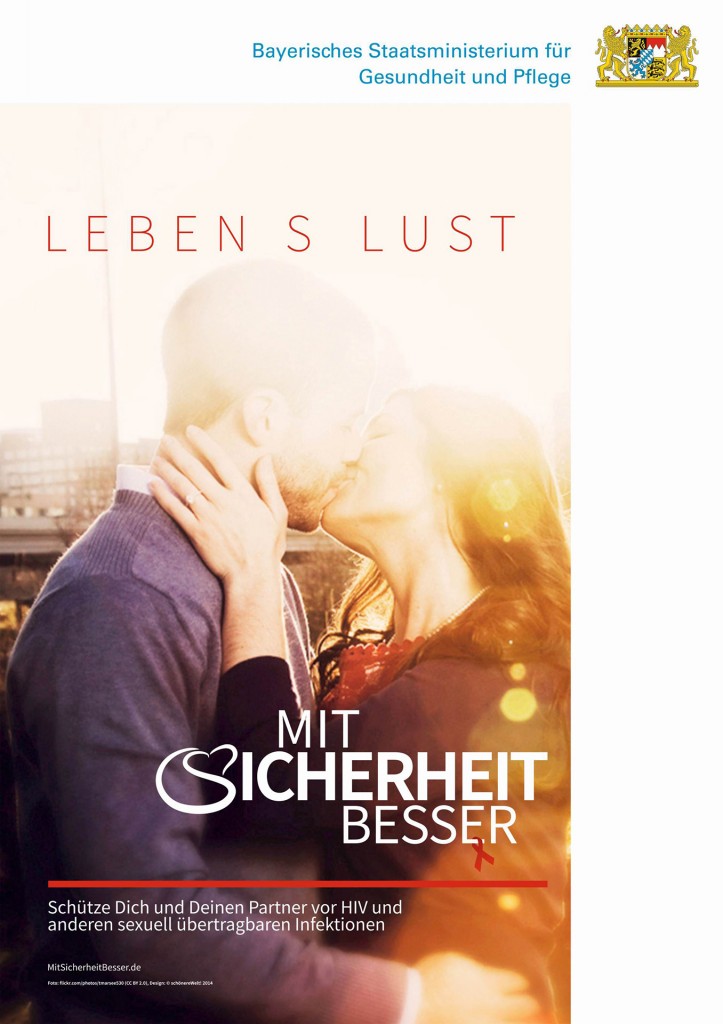 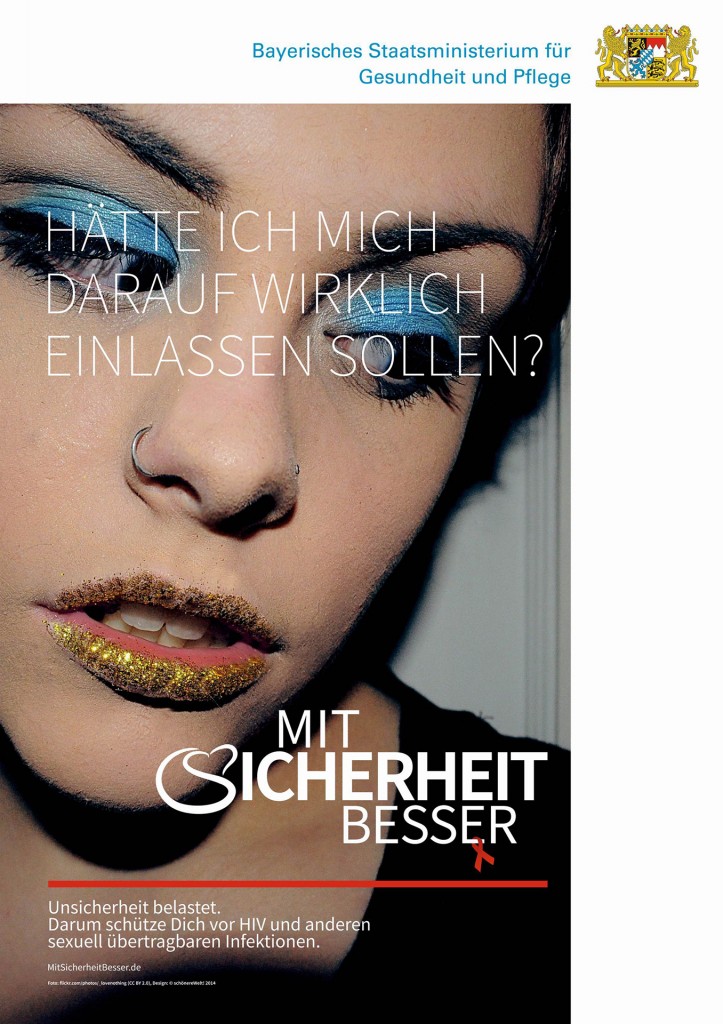 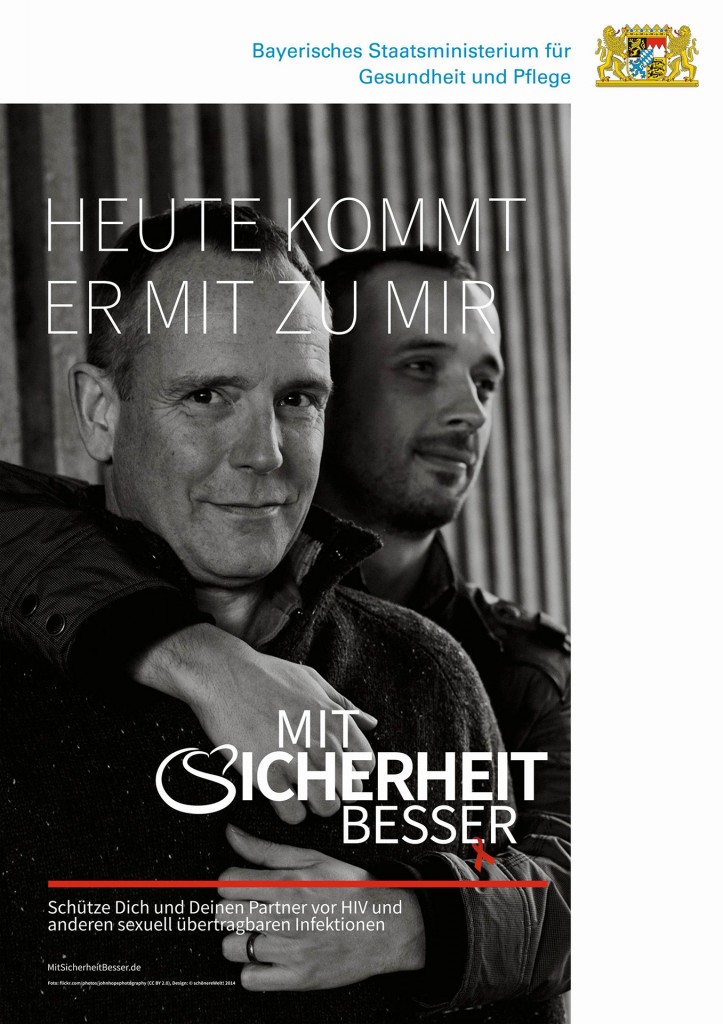 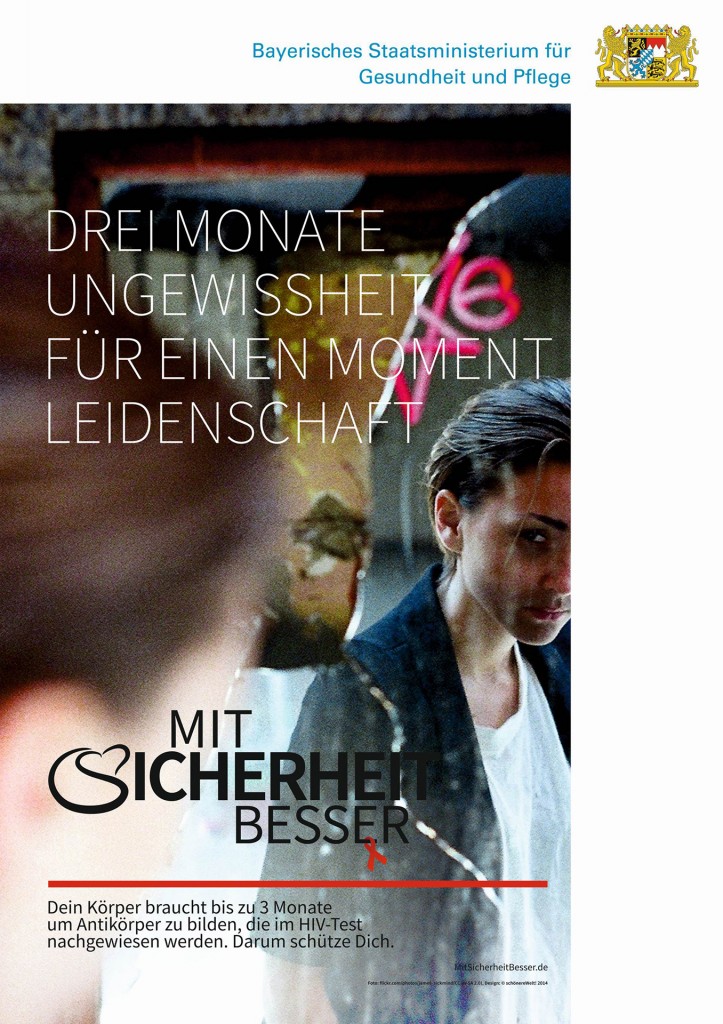 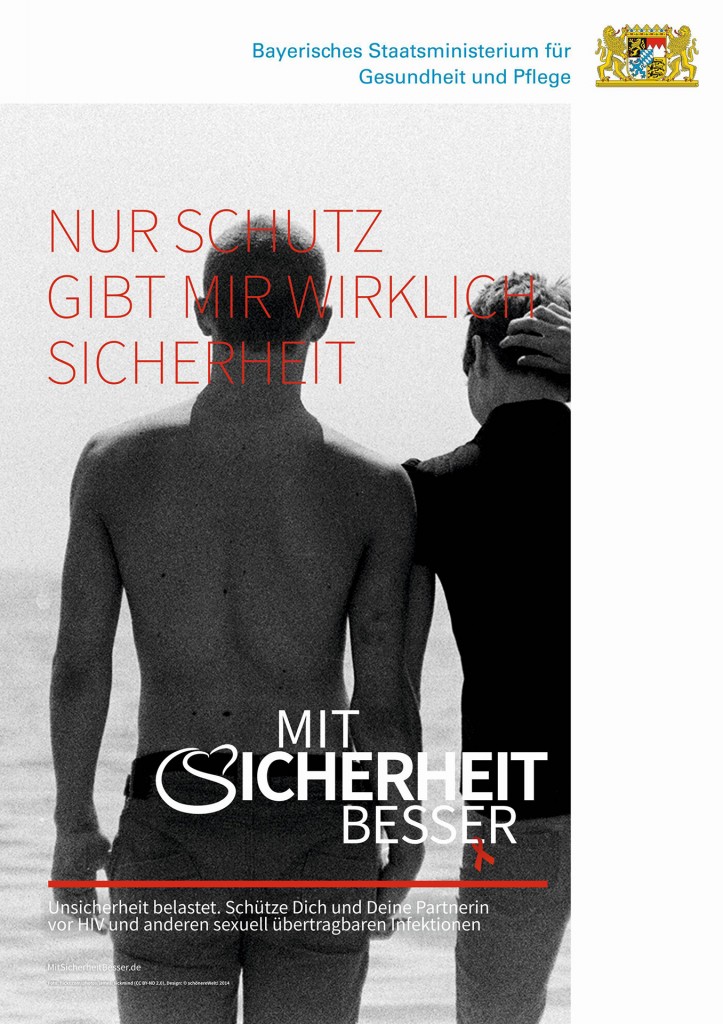 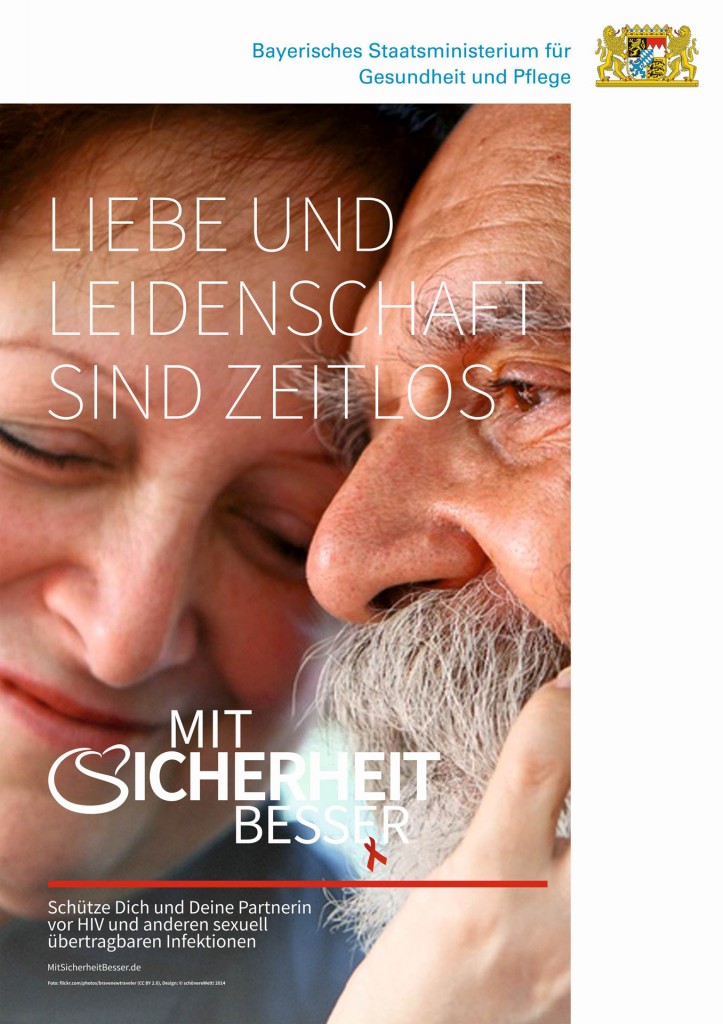