The “Highflyer” book was published on the occasion of the 5th anniversary as Ultrasound Club Birthday Edition, designed by schönereWelt! and heiligenblut.
The whole book is “interactive” i.e. every page can be combined with every other page, virtually one big remix!
Printed in Schwabing, handmade in the JVA Stadelheim.
The beginning was lighthearted, the finalization marked by grief…. 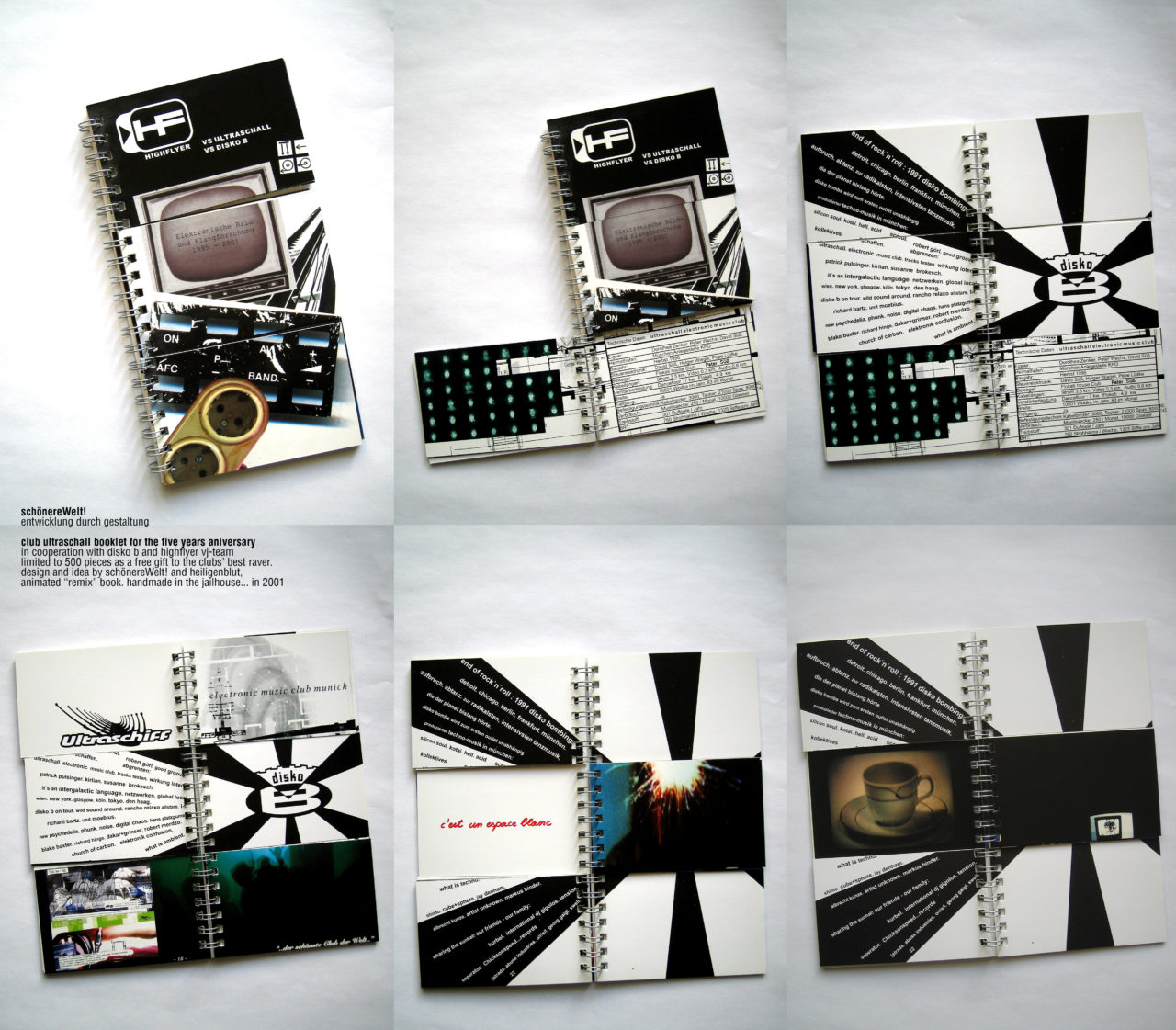 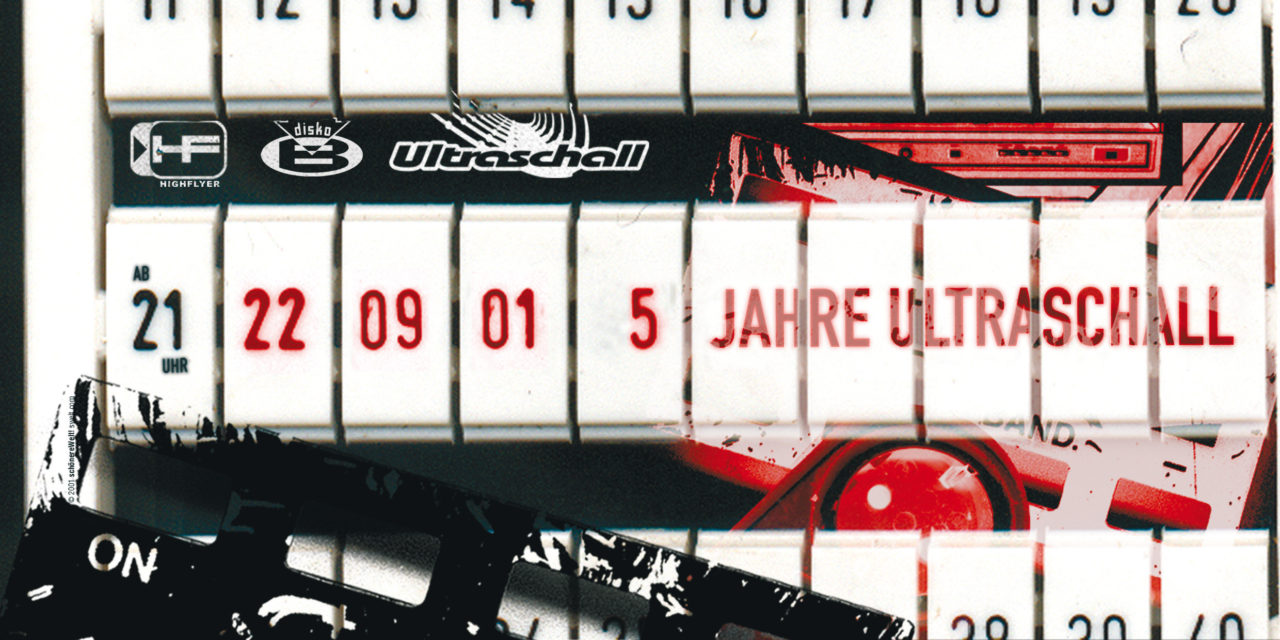 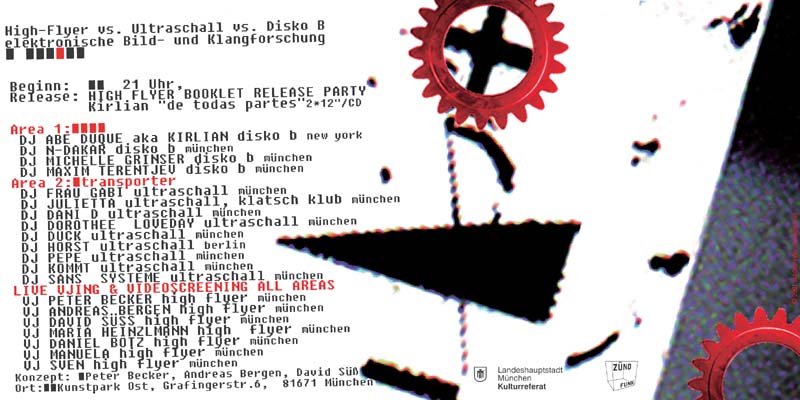 ultrasound. electronic music club. munich. the legendary club – recently included in the list of the world’s 50 best music clubs by london’s “independent” – has been our familiar and beloved homebase for years and a guarantee for exquisite music. run by dorothea zenker, peter wacha and david süss, located in the kunstpark ost as ultraschall 2 since autumn 1996. the beautiful logo is from beagle.
for the fifth anniversary of the ultrasonic 2 we developed besides the anniversary flyer and the advertisement for the birthday party also a 24-page booklet in an edition of 600 copies, hand-produced by the jva stadelheim [vielen dank!]. 08-2001

sticker. buttons. designs. for the last party in ultrasound 2 in the former kunstpark ost on january 31st 2003. techno not dead. [23012003_0430cet_scs]
ultrasound. anniversary flyer. 5 years ultrasound 2: highflyer vs. ultrasound vs. disco b. by manu and sven. the main design element was a stencil of the fruchthof fuse box which beautifully shows time, date and “5 years”. 08-2001.
booklet: ultrasound vs. highflyer vs. disco b. 24-pages. limited edition of 600 pieces & handmade in the jva stadelheim! 08-2001. online adaptation of franc. 01-2001.